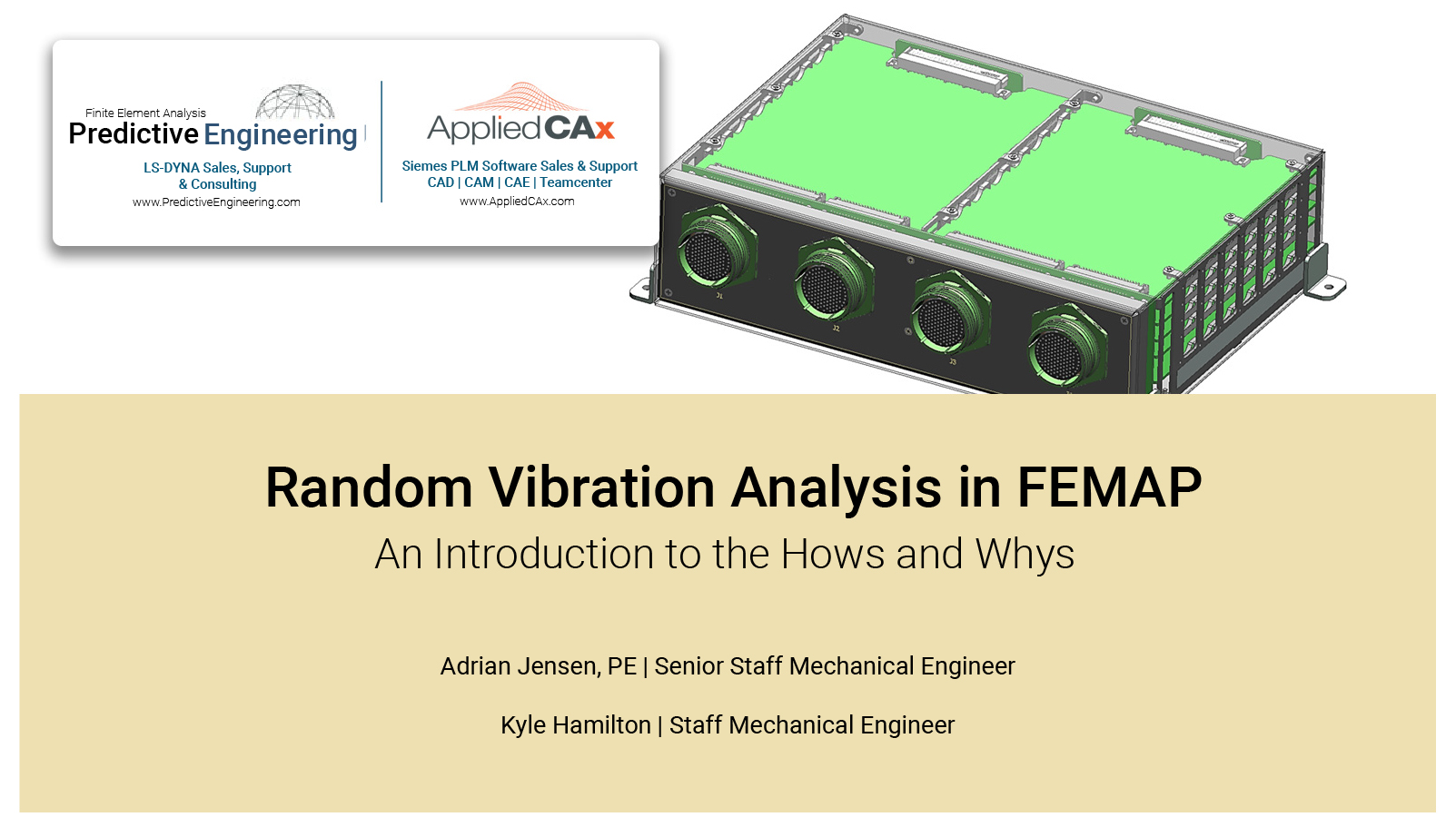 Random vibration problems arise due to earthquakes, tsunamis, acoustic excitation (e.g., rocket launches), wind fluctuations, or any loading which is inherently random.  Often random noise due to operating or transporting conditions can also be considered.  These random vibrations are usually described in terms of a power spectral density (PSD) function.

In this white paper we will cover steps to create a PSD analysis in Femap, and compare the results to an analytical solution.