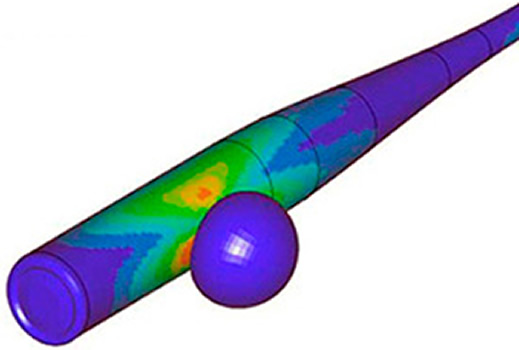 To understand the mechanics of aluminum bat/ball interaction. A FEA model was constructed of an aluminum bat based on geometric and material property data supplied by the client.

Modeling Assumptions and Details: A FEA model was constructed of an aluminum bat based on geometric and material property data supplied by the client. The model was validated by weight and modal analysis. The FEA model of the baseball was based on mechanical test data of a ball being squeezed between two rigid platens. This limited mechanical test data was then fitted to the FEA model and then calibrated for an appropriate value of internal damping against experimental NCAA BESR test data. One experimental data point was used as the calibration value and then validated against four other experimental data points. Good correlation was shown.

Results and Summary: FEA results clearly show the advantages of a stiffer handle, softer barrel and a low MOI. Conversely, it was shown that a stiffer End-Cap and a high MOI are deleterious to the bat's performance.

Some comments are also made about the utility of the BESR versus the T-Stand testing apparatus. 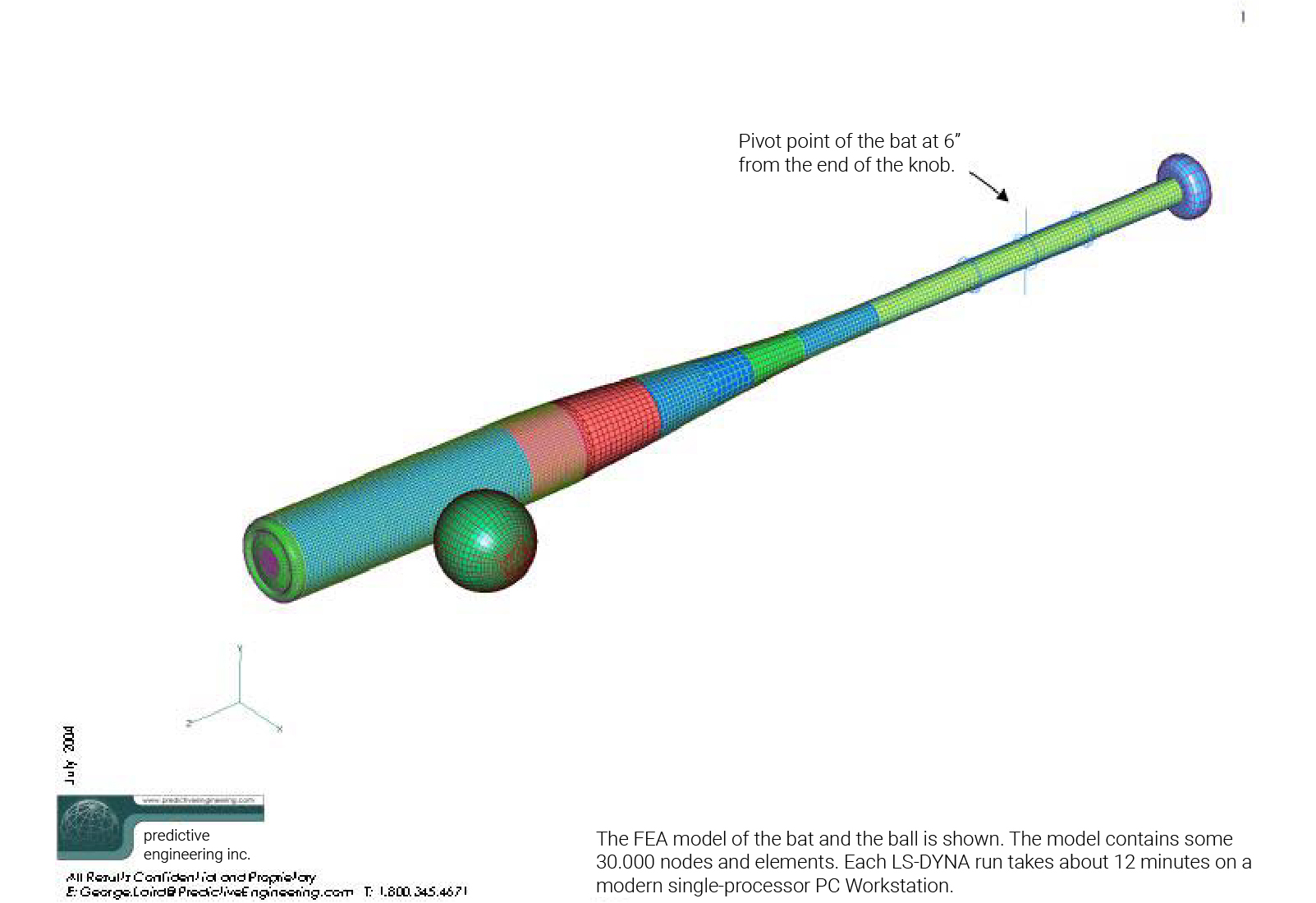 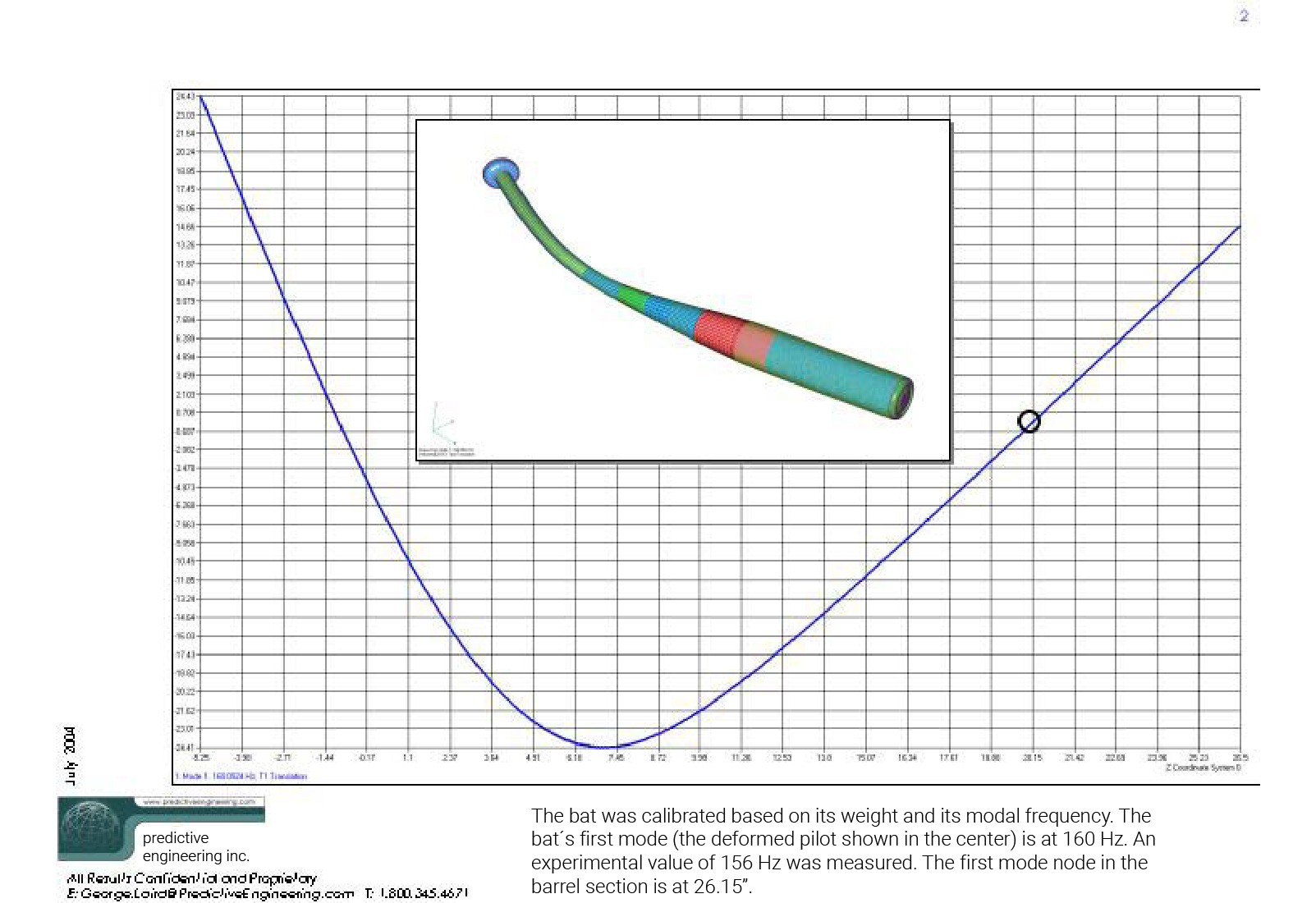 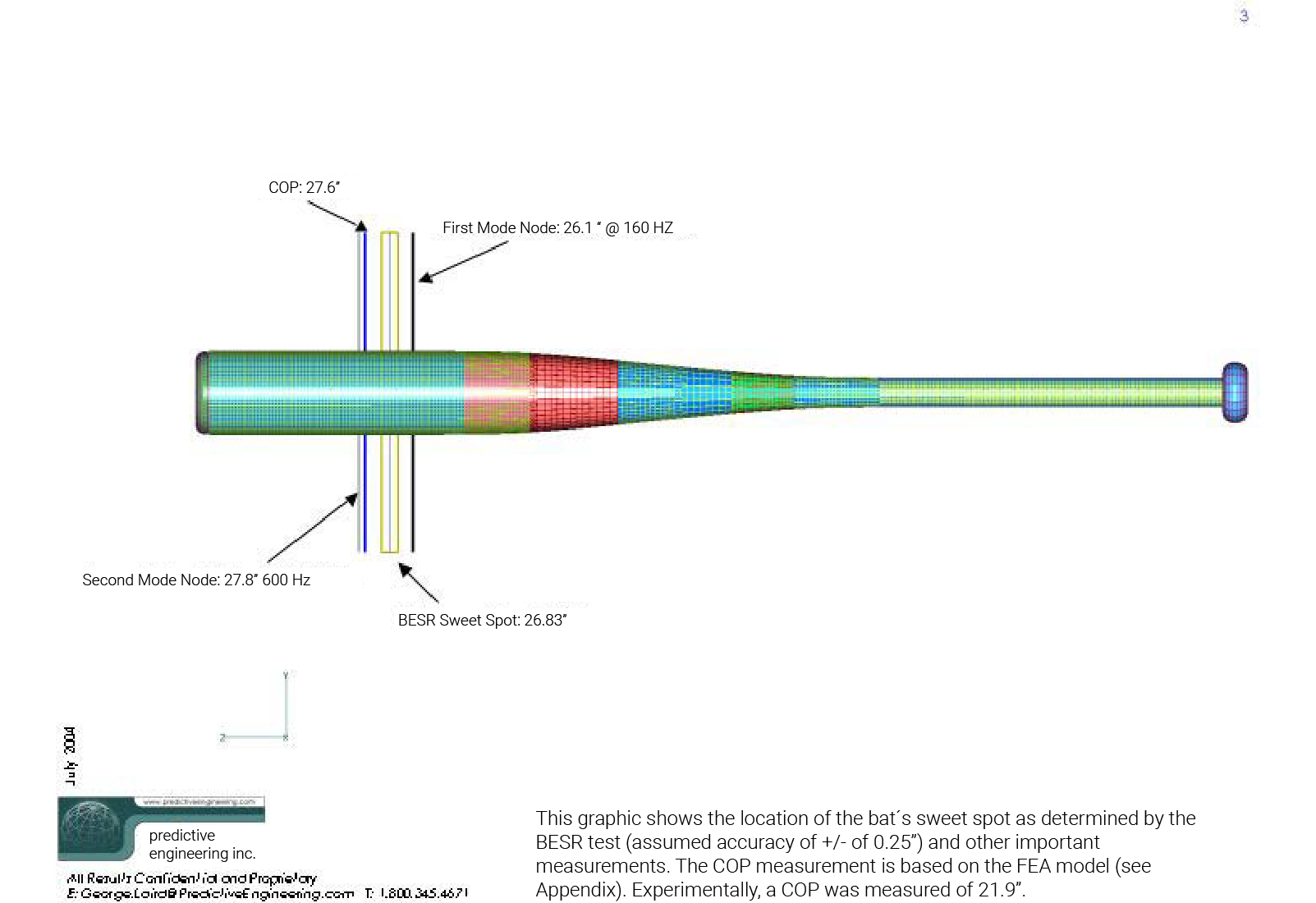 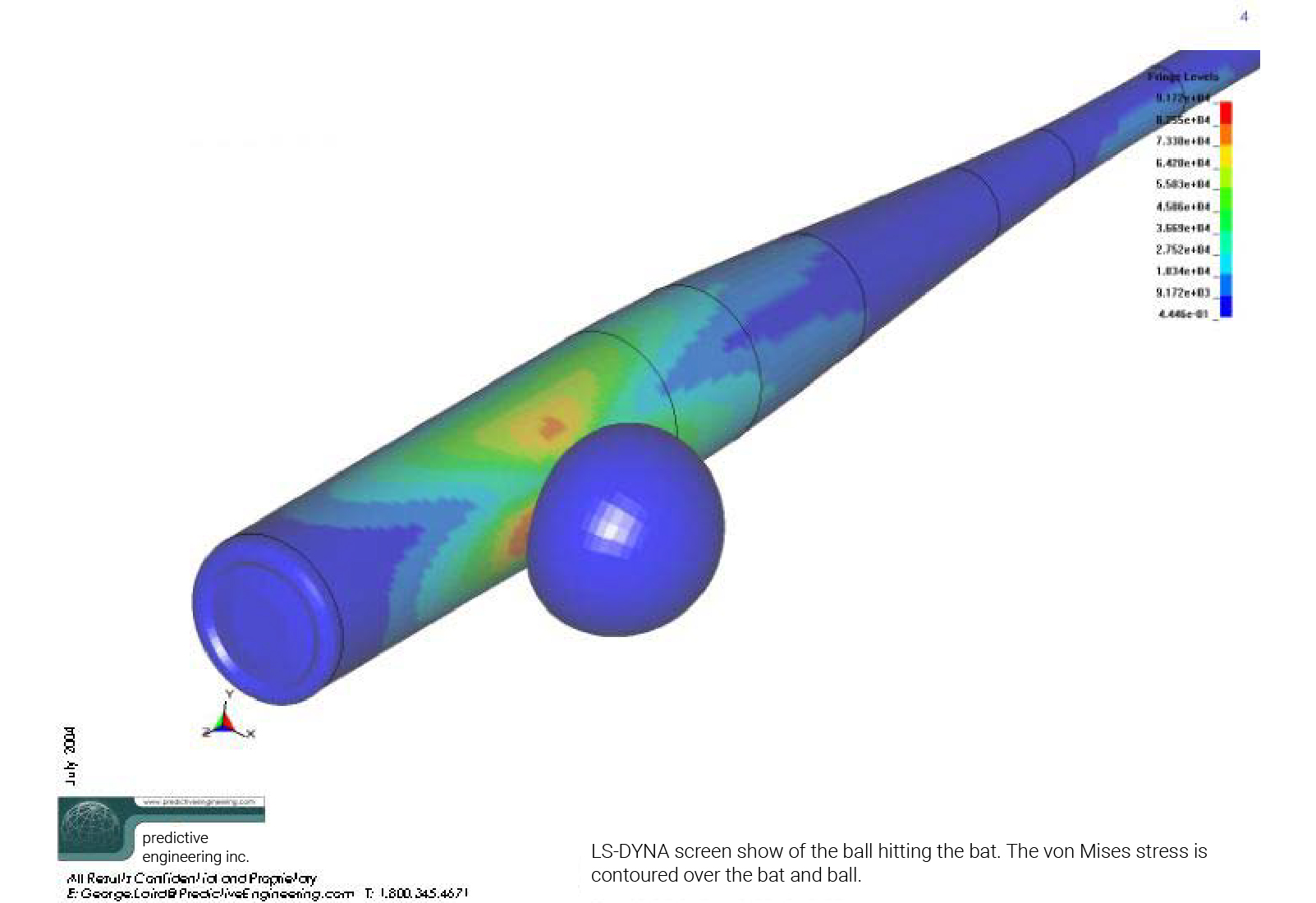 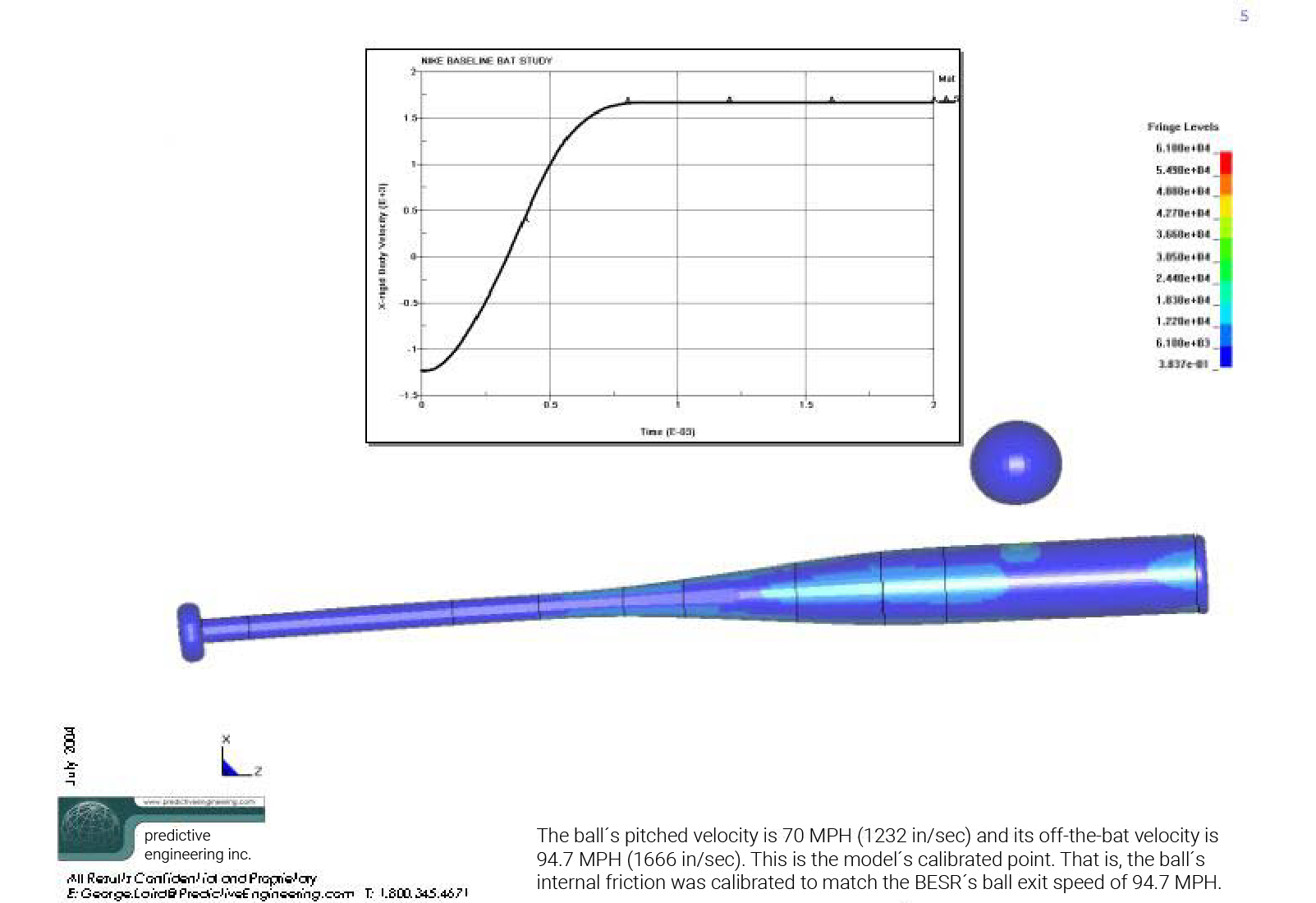