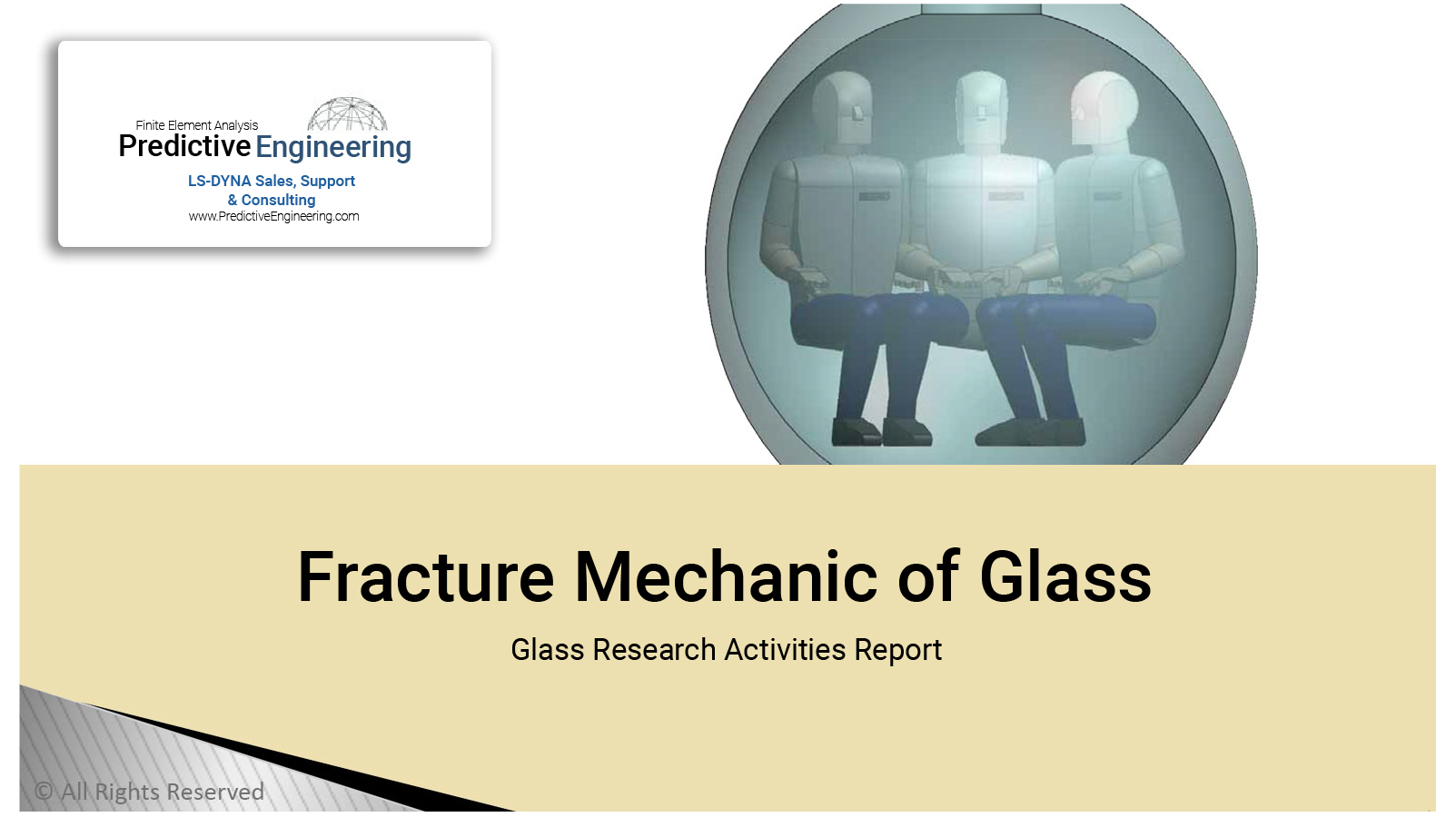 Glass is a fantastic material for subsea use. It’s incredibly strong in compression, transparent, and also relatively light. This white paper explores the fracture mechanics of glass using FEA to simulate both static and dynamic stresses in a glass hydrosphere.

Introduction: Research on the use of glass for submersible applications mostly ended in the 1970’s as world interest in the deep parts of the ocean shifted elsewhere. While glass had some early successes, research halted with the rise in acceptance of acrylics for shallow submersible ports and the realization by Naval research that glass is not a good material to resist nearby explosive detonations. Since that time considerable advances in fracture mechanics, reliability analysis, coatings, and manufacturing techniques have occurred.

What We Did: Dr. George Laird, Predictive Engineering - DOER contracted with Dr. Laird to model and study glass mechanics and brittle material failure modes and mitigation using Finite Element Analysis (FEA) and other tools. In the initial meeting he theorized the likely failure mode of the Hyper-Hemi design may be from Mode II fracture growth (see center case below) around stones or other impurities in the glass. He will help us further investigate the Stress intensity factor for Mode II (KIIC ) in glass, calculate acceptable values for flaw density, and develop scale model tests to quantify safe working stresses and cycle life. Studying theories presented to use by Corning for use in glass port seating. He has already started FEA modeling work. An amendment to this entry is that Mode II fracture has been deemed less likely than initially theorized. The current understanding is that a buckling failure is the most likely result; there is a 4X FOS in the current concept.