Linear Dynamics for Everyone: Part 1

Why natural frequency analysis is good for you and your design

This article, reproduced from a three-part series in Desktop Engineering magazine, is a great introduction to the power of Finite Element Analysis to solve problems relating to vibration that often drives early product failure due to fatigue damage or just outright failure.

Introduction: Analysis work is rarely done because we have spare time or are just curious about the mechanical behavior of a part or system. It’s typically performed because we are worried that the design might fail in a costly or dangerous manner. Depending on the potential failure mode our anxiety might not be too high, but given today’s demanding OEMs and litigious public, the task could involve high drama with your name written all over it.

Keeping it Simple: In finite element analysis (FEA), these natural frequencies are called eigenvalues and their shapes are noted as eigenvectors or eigenmodes. This nomenclature is rooted in German and the word eigen denotes “characteristic” or “peculiar to” and came into common usewithmid-19th century mathematicians. With dynamic analyses, you’ll also see the terms normal modes and normal modes analysis. The use of the word normal prior to mode is just another way to say natural, characteristic, or eigen. When describing mode shapes, our preference is to just say normal modes since they represent the inherent natural response of the structure.

Dynamic Load Consideration: When a structure is loaded in a transient or time-varying fashion (e.g., when an electric motor creates a constant, sinusoidally varying load), if the eigenvalue of the structure is lower or higher than the excitation frequency, the structure will just behave as if the load was applied statically. Let us say that we have this structure with an eigenvalue at 10Hz and it is whacked by a transient (e.g., half sinewave with frequency of 10Hz), we would expect the structure to vibrate subsequent to the hit and then gradually return to its static zero-stress condition. 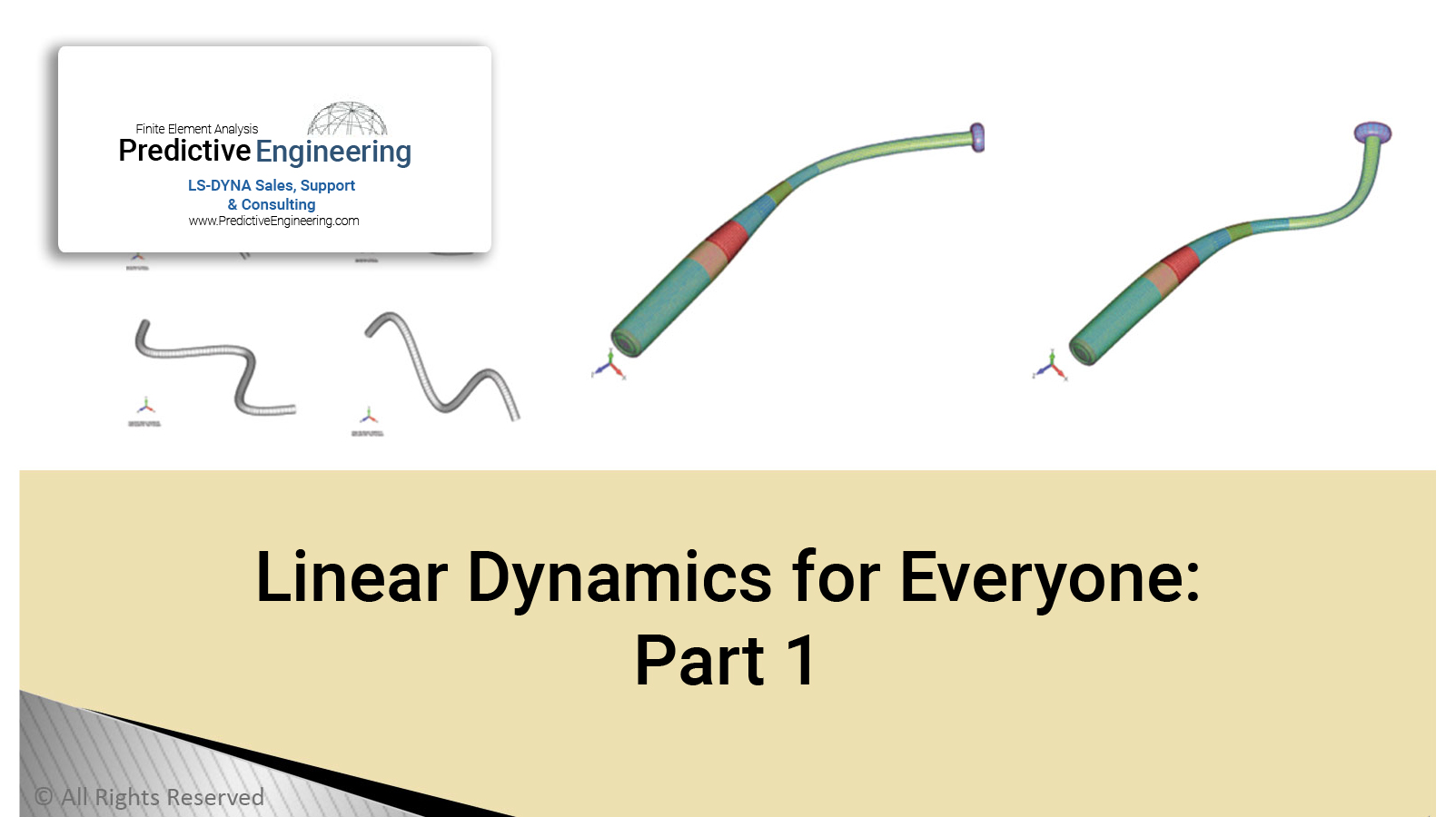